Jamie Hartley at Crossfader give us his thoughts on this brand new controller, for both Rekordbox and Serato.
It's a shame but Pioneer could have stolen the market for the sub £1000 4 channel controller, but they made some big mistakes. 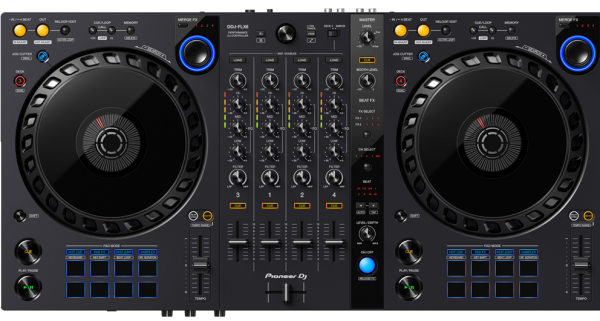 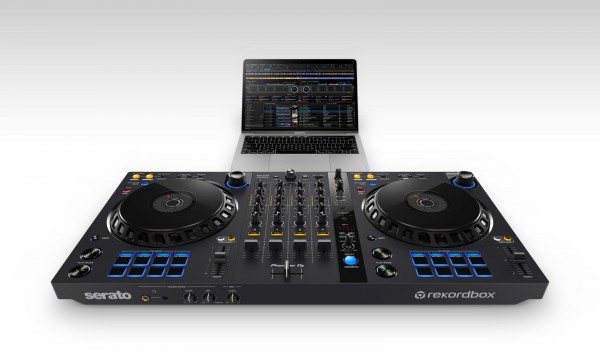 OK after sleeping on it and giving it a little more thought, I was a little too quick to knock down this controller.
It has FULL size jogs wheels and a 4 channel mixer. That right there should be an enormous selling point. There just isn't anything on the market or at this price that has both of these points, and supports Rekordbox and Serato. Nothing!

I still think Pioneer should have removed the gimicky jog cutter and merge FX and improved the build quality. I'm sure people who buy this controller will certainly want to be the club DJ, but they'll also think Pioneer's build quality is poor and Pioneer could lose future sales because of this alone.

Time will tell though, it might look and feel cheap, but as long as it lasts, that's all that matters.
https://www.mixcloud.com/DJ_Dazbo/
https://www.twitch.tv/daz_the_old_dj

Mojaxx from DJCity gives us his opinion of the FLX6

Well, I bought an FLX6 today, and it's definitely a step down from the DDJ 1000.
Don't get me wrong, it's a great controller for someone who might find the DDJ 800 or 1000 too expensive and too high level. 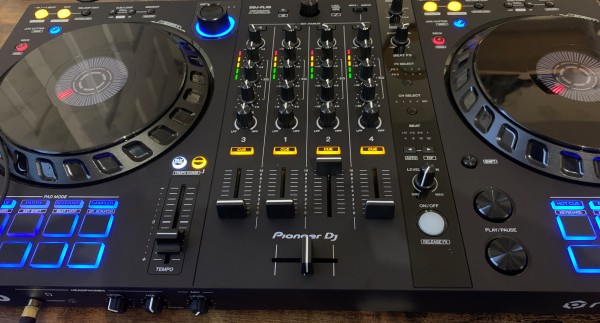 EXIF-Data show/hide
Original image recording time:
2021:10:01 19:47:26
Image taken on:
Fri Oct 01, 2021 6:47 pm
Focus length:
4.25 mm
Shutter speed:
1/20 Sec
F-number:
f/1.8
ISO speed rating:
640
Whitebalance:
Auto
Flash:
Flash did not fire, auto mode
Camera-manufacturer:
Apple
Camera-model:
IPhone XS
Exposure program:
Normal program
Exposure bias:
0 EV
Metering mode:
Pattern
I do think PioneerDJ missed the bullseye, but they're still on target. The could have made the overall controller a tiny bit bigger to accommodate the headphone mix and level knobs, or they could move these to the side of the crossfader, so at least they're on the top of the deck and not on the front.

The merge FX are definitely a gimmick for ANYONE who's serious about their art, sure they're nice to use once in a while, great for a build up now and again, but that's it.

There's no Master Tempo button on the controller, no big deal in reality, but I do miss it from the 1000.

The FX selector and channel selector are buttons and LED's tell you what FX and where. There's also a beat FX range selector button going from quarter, half, three quarters and 1, 2, 4, 8 and 16 beats. To be honest, why not just add an FX knob and channel knob? At least with knobs your getting closer to Pro level gear.

The Crossfader cannot be disabled on the controller.

Things I do like.
Merge FX, one press build-up, good for one or two uses in a one hour set.
Load buttons on the top of the channels. Yes the load button was moved and above the trim control on all the channels too. So you can easily see and select the correct channel to load a track on to.
The only outputs are RCA, and that immediately puts it in the category of bedroom DJ's, less mess and fuss and confusion.

A couple of months ago I sold the DDJ 1000 because I saw that they XDJ XZ was back in stock across several stores. So I sold it, and it sold on the same day too, though the guy came from Manchester and at about 7pm.
By the time I sold it and had the cash in my pocket, the XZ had sold out everywhere.... again.
So I waited for the stock to be replenished, and waited and waited, it's now going to be January or February 2022 before I can get one.
I was tempted by the Rane One, but I am not and cannot scratch, so as gorgeous as it is, it's wasted on me. Plus I wanted another 4 channel controller, and the Rane is sadly just 2 channels, and Serato only. I'm NOT a fan of Serato, there's a reason Rekordbox is DJ's favourite software. It's just so much better to use.

So overall I've taken a hit, I can't get another DDJ 1000, or an XZ. So I had to get something, and something is better than nothing, and the FLX 6 is actually pretty good, especially for those making an upward purchase, from say a DDJ 200 or 400. For that, it cannot be faulted.
For me, it's a big step back, but oh well, at least I'm playing and mixing again.
https://www.mixcloud.com/DJ_Dazbo/
https://www.twitch.tv/daz_the_old_dj